What stocks usually go up Oct through Dec? It’s time for seasonality. 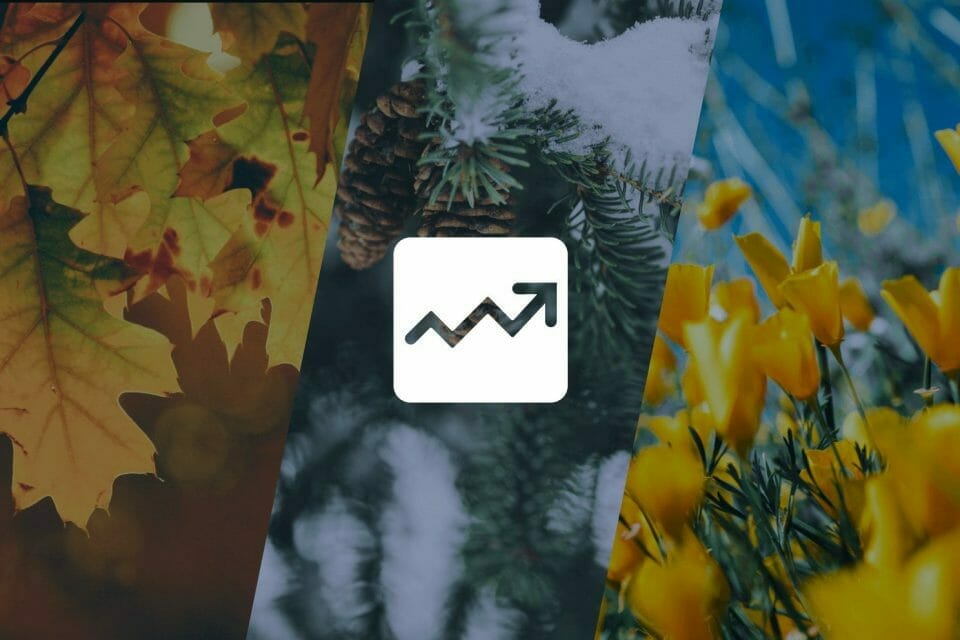 October. A time when sunshine gives way to falling leaves; baseball ends while hockey and basketball begin; and seasonality reigns.

Seasonality tracks the long-term performance patterns of stocks and sectors. Some stocks rise during certain months, and others fall in the same periods. For instance, the lifecos and banks enjoy strong seasonality in October through December, then February into March, observes Don Vialoux, an authority on seasonal investing. However, Vialoux is the first to add that seasonality is only one tool that investors can use in addition to earnings data, 200-day moving averages and other aspects of technical analysis. Also, a stock must be several years (or a few decades) old before determining its seasonality. So, this rules out all pot stocks and tech unicorns. Finally, seasonality doesn’t bat 1000. Some years break seasonal patterns.

Roughly speaking, October is the start of a new period of seasonality. Here’s a look at two stocks and sectors entering their seasonal strength and two others that are leaving theirs (for now):

The potash giant is now in its seasonal phase, says Brooke Thackray, who advises waiting until NTR-T rises from its current support level of $65 before stepping in. Bruce Campbell of Campbell and Lee feels that once the stock gets moving, it will hit $80, though it may take time. He was disappointed that it recently scaled back production due to a global slowdown in potash markets. Because commodities are price-takers, not price-makers, says Rob Connachie, who would stay away. Year-to-date, Nutrien has been volatile, bouncing between $59 and $75, though BMO upgraded it from market perform to outperform, and Bank of America revised its call from underperform to neutral. Similarly, Christopher Blumas urges buying Nutrien for its 3.5% dividend yield, 60/40 split in production and distribution and its favourable 10x cash flow. He expects good earnings growth, a rising dividend and more share buybacks ahead.

As Nutrien enters seasonal strength, this ETF and the software sector are about to exit. Vialoux pinpoints their seasonality between July 31-Nov.8. He heralds software as the new defensive stocks, given their subscription model, like Microsoft’s. MSFT-Q is one of IGV’s major holdings along with Salesforce, Adobe and Oracle (they comprise nearly 30% of this ETF). This year, IGV began its seasonal a month early. Since the first week of June, the ETF has more or less stayed above $209, where it currently sits. Vialoux is a big fan of IGV, and Kim Bolton, who specializes in tech stocks, also recommends it. You’re buying this for growth; year-to-date, IGV has run up nearly 22%. However, you’re buying it for the 0.12% yield while paying the 0.46% MER.

Get into this now and get out by mid-January, advises Thackray. This uranium producer has gone sideways since early-2016, but has leapt nearly 20% since August 15 to close on Sept. 27 at $12.69. Before the current run started, technical analyst Javed Mirza considered CCO-T a trade, not a long-term hold. Bryden Teich sees a lot of upside here, but pays a low dividend yield of 0.63%. Larry Berman warns that the uranium sector remains haunted by the Fukushima nuclear disaster of 2011, but CCO-T itself is still tradable.

Gold bugs beware: the shiny rock is exiting seasonality in early-October. Thackray has already shed 65% of his gold holdings and wants to sell more. That may sound crazy, since XGD-T has soared 33% year-to-date, boosted by investor fears about a global slowdown and trade tensions between the U.S. and China, but last week XGD fell a whole dollar to $15.09 on Sept.27. Similarly, Christine Poole is bearish about gold and doesn’t own any of it. Neither does Richard Croft, but he likes this ETF for its fixed costs. The good news here, notes Thackray, is that gold re-enters seasonal strength in time for Chinese New Year in January.

For seasonal data on other stocks and sectors, visit the Equity Clock.