Best Europe Stocks to Buy: Will 2020 See a European Renaissance? 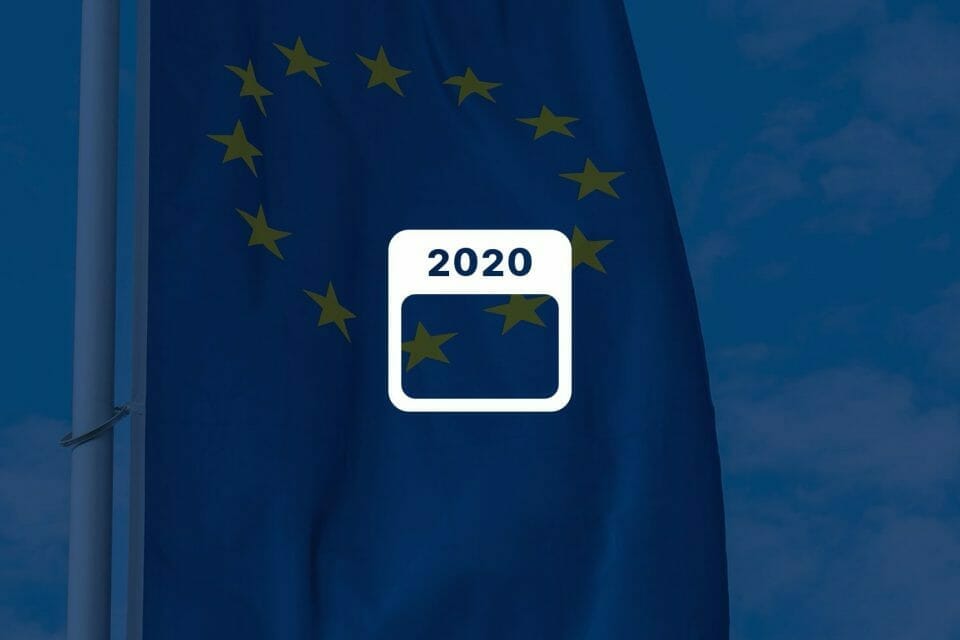 Last month, I wrote about international stocks outside Canada.

After all, Canadian investors suffer from “home bias,” putting too much money into domestic stocks when Canada amounts to to only 3% of the world market. I confess I am as guilty as any Canuck, so I decided to explore some popular stocks outside Canada (and the U.S.) and focus on Europe.

Another confession: I’ve been waiting for a Euro stock renaissance for years, but invariably one country or another suffers some political and/or financial crisss, whether it’s Italy or the U.K. with its long-running Brexit soap opera However, consider that last year Russian and Greek stocks outperformed American ones; the FTSE MIB nearly matched the S&P by gaining 28.3%; and the Euro Stoxx 600 rose a healthy 24%.

However, there are two caveats to consider.

First, Europe is more sensitive to the global economy than the U.S., so if China has a great year, then Europe will benefit, and if Chinese growth tanks, then… Secondly, the outcome of Brexit remains a major unknown with even the British Chancellor warning of coming instability in trading with continental Europe.

Still, it’s worth dipping our Canadian toes in Euro waters. Here is a cross-section of large caps from across the water and across many sectors, from pharma to financials, many of which are traded on the New York exchange:

Despite being headquartered in Denmark, Novo-Nordisk won’t be immune to potshots that U.S. presidential candidates from both sides of the aisle will hurl at it during the current election campaign.

For this reason, analysts like David Fingold steer clear of NN.

However, others, including Brett Girard, recommend it. The key is diabetes. NN specializes in diabetes drugs, and it has increased its market share from 27.6% to 28.4% as more people around the world (unfortunately) develop the condition.

Further, NN is pinning its hopes on its new treatment for type 2 diabetes, so much so that it’s raising its sales outlook. This Danish pharma trades in New York, and pays a dividend just over 2% at a PE of 24.9x. It’s risen over 27% in the past year, outpacing rival Eli Lily by 9 points. Further, David Driscoll, a longtime shareholder, cites China and India as growing markets (where diabetes is rising as those economies literally grow fatter).

The company gets bonus points for its strong ESG score by relying on renewable energy and giving away free insulin to children in developing countries. Driscoll admits that NN hasn’t done much in recent years, but its chart in the past 12 months boasts a strong upward trend.

Will this momentum last in an election year? NN is not a screaming buy, but is definitely worth looking at.

No surprise that this Dutch oil giant has suffered along with its energy peers worldwide, so the question is, Will RDS find relief in 2020? Trading in New York, RDS.A pays a 5.46% dividend at a 12.48x PE, but has one-year return of -2.73% despite year-over-year revenue growth of 27.15%.

Despite that, Paul Harris sees promise in RDS‘ future LNG projects, particularly in Brazil, even though he’s no fan of fossil fuel stocks. Harris notes that RDS has seen the writing on the wall and has been diversifying away from pure oil into green energy. This repositioning into renewables attracts bulls like Darren Sissons and Robert Lauzon.

Meanwhile, Bruce Campbell (of Campbell and Lee) expects double-digit returns this year as management improves the balance sheet, pays down debt and buys back shares. If you’re bullish oil and have a long-term outlook, then consider RDS.

I thought twice about including this German carmaker on this list. As we all know, VW has not been a good corporate citizen. Just last month, Ottawa charged Volkswagen for violating the Canadian environmental protection act (VW will plead guilty), and a week later, Australia fined the company a record sum–also over pollution misdeeds.

Essentially, Volkswagen has been lying about its car emission tests for five years (aka Diselgate).

Then, there’s the existential Tesla threat with the e-car juggernaut gaining market share from VW. Volkswagen’s CEO is well aware of this, vowing to overhaul his company at a board meeting last week by embracing technology and keeping pace with these self-driving, electric up-and-comers. VW needs to change faster or face extinction like Nokia, CEO Herbert Diess said in no uncertain terms.

But is the recent move into e-cars too little, too late?

How has this stock risen 24% in the past year even after the company cut profits and sales projections last November? Are investors banking on Tesla or another car giant taking out VW? In recent years, analysts have backed away from commenting on Volkswagen, and the few who have have been downright bearish. I guess I’m including Volkswagen on this list as a warning of how an established company can self-destruct.

At best, VW is a long shot. So, unless you’re gambling on a corporate takeover, avoid Volkswagen.

Canadian banks are protected as an oligopoly while American banks are riding investor optimism, but European banks get no love from rock-bottom interest rates, which are even lower than ours here. However, Euro banks are stabilizing, reports Robert Lauzon, with Brexit finally (apparently) approaching resolution after the December U.K. election that awarded the Tories enough votes to exit the E.U.

Heavily invested in the U.K., Lloyds is the best of the bunch and in the finest position to take advantage of this Brexit bounce, should it occur. Lloyds is not without risk, though, which is why Darren Sissons gives it a weak recommendation.

At least you’re paid a 5.58% and 3.36% dividend, (Lloyds’ London and New York stocks, respectively) to wait for good news. Lloyds has bounced up since Labour Day, but has given back a little since since the year started. Lorne Steinberg best sums it up–Lloyds is in good shape and a Brexit resolution should lift it. Hang onto it.