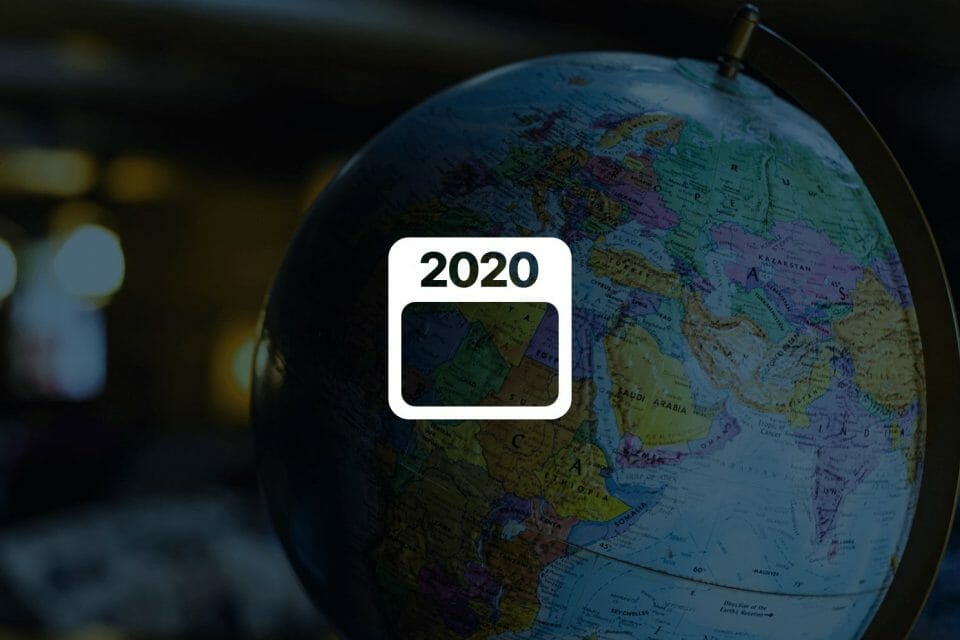 Will 2020 be the year for international stocks?

Some believe so. Since markets began recovering from the Great Recession in March 2009, American equities have been the top performers worldwide. Meanwhile, European stocks, in particular, have struggled to gain momentum as one country after another has plunged into crisis, from Greece to the U.K. Since 2010, the S&P 500 has risen more than 180%, the MSCI ACWI ex-U.S. ETF (ACWX) is up 18%, while the iShares MSCI Emerging Market Index has gained only 4%.

Speaking of Europe, the British election takes place Thursday, and some pundits predict Boris Johnson’s Tories need more than just a small majority to pull off Brexit; that getting a free trade agreement out of the E.U. is nearly impossible; and that the U.K. will crash out of the union by the end of 2020. So, Europe is no slam dunk.

So, why bother with foreign equities? Home bias. Canada’s GDP accounts for only 3% of the world’s, yet most Canadian investors hold far more than 3% of their shares within our country, and the TSX is vulnerable to downturns to energy and banks which make up 49.2% of the index.

Maybe don’t stuff 97% of your portfolio with foreign stocks, but consider allocating some to truly diversify your holdings. Here are some ideas from abroad:

During all the talk this year about semi-conductors and tech, this Irish drive manufacturer has been barely mentioned, but this year (to date), Seagate has edged out peers like Micron, 44.5% to 23%. Seagate also pays a healthy 4.44% dividend yield (though STX trades on the Nasdaq, so be careful which account you put this in).

Meanwhile, the company has beaten its last four quarters. Last month, Morgan Stanley maintained its overweight call on the stock, but raised Seagate‘s price target from $61 to $66, given the company’s push to produce higher-margin mass-capacity hard drives. The balance sheet is stable. As of Oct. 4, 2019, free cash flow was $309 million compared to $297 in the previous quarter.

In Q1, Seagate bought back $450 million worth of shares, and as of January 8, 2020, will bump up the dividend from 63 cents/share to 65. However, not everything is rosy. Total HDD revenues slipped 14.7% year-over-year in the last quarter, while the non-hard drive side (including cloud) declined 1.1% YOY. Maybe dip your toe into the Seagate waters, but don’t dive in just yet.

Alibaba gets all the attention, while JD gets lost in the shadows like a quieter sibling. JD.com is China’s biggest online direct-sales company, offering electronics, home appliances and general merchandise. It directly competes with Alibaba in the world’s mega-online market, surpassing 800 million.

In China, 19.5 of consumer spending is done online, compared to 11% in America, and analysts such as Kim Bolton foresee only upside in Chinese spending. Bolton has a $42 price target on JD (currently around $33.50). In a year of tariffs and the ongoing trade war with America, JD stock has bounced up and down like its peers, but currently trades at 2019 highs over $33. Stan Wong forecasts 30% long-term growth in JD, but prefers Alibaba.

JD and its peers are at the mercy of the daily swings in the trade US-China war, so if you’re uncomfortable investing in China, a safer, steadier bet is its neighbour, Japan. One tidy way to play Japan is through this ETF, traded in New York. EWJ is currently hitting its 2019 high over $60, and paying a modest 1.51% dividend yield against a 0.47% MER. EWJ us up over 18% so far this year, trailing the Nikkei 225 by a percentage point. Both are enjoying gains not seen since 2017.

Analysts like those at Morgan Stanley, UBS and Nomura are bullish about Japan in the coming year. They expect Japanese corporate profits to bounce back after two years of declines. UBS cites the catalysts being a stronger yen and the US-China trade war. Morgan Stanley cautions, however, that it expects zero growth in Japan for 2020, but better corporate governance and profitability can help Japanese stocks maintain or increase their value. Another key factor is the U.S. dollar, which is expected to continue growing against the yen, and will in turn benefit Japanese exporters.àà

In fact, Morgan Stanley predicts American stocks to lag the world in 2020 while Japan and emerging markets will enjoy earnings growth.

Canada’s Most Surprising Stocks of 2019
Read Next