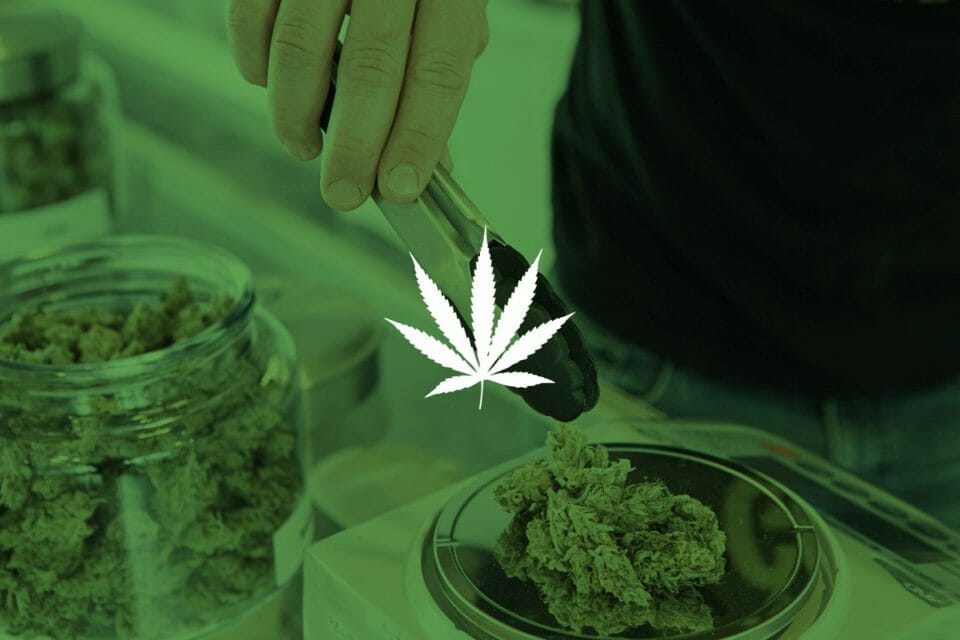 A year ago, everyone was talking cannabis. 🌿

In the past year, Canopy’s board booted its maverick CEO, Bruce Linton, and CannTrust lost both its CEO and cannabis license after Health Canada began investigating them for operating unlicensed grow rooms. Meanwhile, overzealous government regulations and red tape have bottlenecked legal supply so badly that the price of black-market ganja has actually fallen. Despite high demand, the Ontario government has actually lost $42 million selling cannabis this year.

Aphria is one of the few companies to show some life.

To paraphrase Hunter S. Thompson, the first year of legal Canadian marijuana has been a king-hell bummer.

So, has investing in cannabis become hopeless?

No. This October 17 also marks the release of regulations to produce and sell cannabis edibles (food items). Ottawa will codify how items like wacky t’backy chocolate bars and cannabis gummi bears will be legally sold to Canadians, namely curious people (i.e. housewives) who’d never touch a joint, but would nibble a “chronic” cupcake or sip a cannabis beer. It’s estimated that this Cannabis 2.0 market will be worth $2.7 billion.

Another avenue is the United States where cannabis is legal in 11 states and growing as there remains a push to legalize it federally. Presently, Washington could pass legislation that would allow cannabis companies to borrow from federally controlled banks.

With these major developments, the Canadian cannabis industry will continue to evolve and offer opportunity, though investors are looking abroad for returns. That’s precisely why Jamie Murray still believes in Constellation Brands, the liquor company that invested in cannabis early and could produce cannabis beverages down the road. Constellation may even own Canopy in a few years. Murray sees this as a long-term investment in weed, not booze.

That forecast also applies to Canada’s Waterloo Brewing (formerly Brick Brewing). Bruce Campbell of Stone Castle Investment feels that cannabis drinks hold large potential upside for Waterloo. Colin Stewart is just as high on this stock, predicting it to be the first Canadian brewer to get into cannabis drinks. WBR, however, trades at a low average volume of 11,000 shares daily, but pays a decent 3.08% dividend yield. (Disclosure: I own this.)

Looking at America, a cannabis market ten times larger than Canada, Campbell feels strongly about 1933 Industries, a cannabis producer in Las Vegas that is boosting production to meet higher demand. Caveat: 1933 pays no dividend currently and is trading around 52-week lows. Campbell, who specializes in cannabis investments, also recommends TerrAscend, which uniquely operates on both sides of the border and boasts a CEO with a good track record in pharma.

Earlier this month, TerrAscend announced it was tripling its production and processing floor space west of Toronto. This expansion will better serve European and other foreign markets. High-end cannabis craft producer, Indiva, might be a sweet deal after striking partnerships with an American chocolate company.

Is a Marijuana or Cannabis ETF a good investment?

Normally, I’d recommend an ETF for those who don’t wish to own individual stocks, but there is too much M&A and volatility among  established weed stocks to endorse HMMJ (MARIJUANA LIFE SCIENCES INDEX ETF) now.

True, it pays a staggering 9.46% dividend yield (against a 0.86% MER), but its price has plunged to less than half since March.

Instead, a cannabis proxy could be Alcanna. This Alberta liquor retailer has been expanding into cannabis and has aggressively gained undercut competition, then bought them out, notes Fabrice Taylor. It’s telling that Aurora Cannabis has invested in Alcanna.

So, farewell Cannabis 1.0 and its dysfunctions, and welcome to Cannabis 2.0, a new era that’ll be tasty and international…dude.