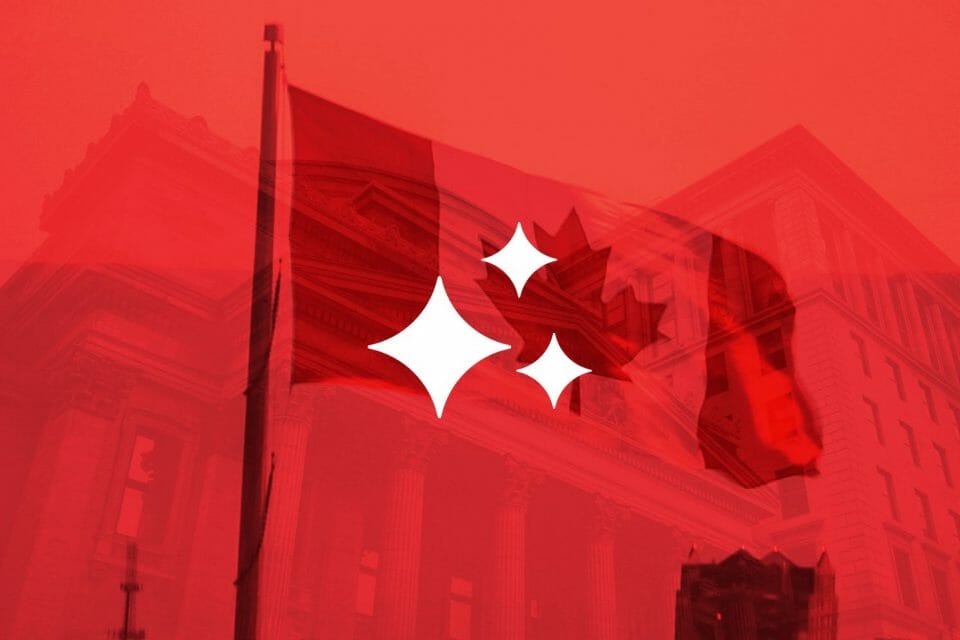 As earnings season kicks off, the end of the oil war has failed to re-ignite markets despite OPEC announcing historic production cuts. Let’s have a look at some Canadian Stocks that could shine through the earnings fog: QSR, MTY, Enbridge, Pembina and Boralex.

Goldman Sachs and the V-shaped Recovery

Meanwhile, Goldman Sachs is drawing skepticism after declaring the S&P has likely bottomed and a V-shaped recovery is coming (barring a second wave in the pandemic). Is anything certain in markets now?

Well, the VIX has plunged in half in the past month, so market moves are calmer, and stocks have actually enjoyed a surprising bull run, regaining over 20% since the March 23 trough. Most importantly, the number of new COVID-19 cases continues to trend downwards in hot spots the U.S. and Spain, not to mention Canada.

This promising news is encouraging everyone from governments to sports leagues to openly talk about recovery plans.

However, corporate earnings have never been so nebulous. 🌥

The coming days will show how badly the COVID-19 lockdown has damaged stocks. Investors are bracing themselves and were jittery Monday as indices (except the tech-heavy Nasdaq) sold off over 1%, but they bounces back Tuesday morning. Will this rally last or will we see a pullback? Which stocks will shine a year from now?

Everyone knows QSR, home of Timmy’s and Burger King, but what is MTY? MTY Foods is a little-know fast-food operator from Saint-Laurent, QC, that includes chains Baton Rouge, Mmmuffins and Mr. Sub under its wide umbrella. MTY pays no dividend, but trades at 7.72x PE. YOY revenue growth is almost 35%. However, until the pandemic struck North America in mid-February, MTY was outperforming the TSX over the last five years and holding its own against QSR.

Revenue growth over that period has been 36% and profit growth has topped 25%. No surprise that the one-year total return is -60%, which is also how far the stock price has dropped in that period from $55 to nearly $22. Unlike sitdown mom-and-pop restaurants (sadly), fast food spots will see some sort of return from foot traffic once the lockdown ends.

The fast in this food encourages hungry customers to run and out with their lunch. Malls, where MTY’s brands largely operate will reopen (under some set of sanitary precautions).

The markets recognize how QSR will benefit from this resurgence, so why haven’t they applied this expectation to MTY?

Year to date, the TSX has fallen nearly 16%, QSR has fallen over 27%, but MTY has plunged 57%. This vast discrepancy doesn’t make sense. Based on its current price target of $28.50, MTY faces 24% potential upside (as of Tuesday morning). It’s been rangebound between $17-24 in the past month, but also volatile, swinging up or down 8% daily in the past week when the VIX has been declining. If nothing else, MTY could be a trading stock, but it could breakout.

It is soaring 8% at Tuesday’s opening.

No surprise that oil produces have been hammered by the oil war, but less so the pipelines. Enbridge relies on take-or-pay contracts with strong produces, notes shareholder Brian Madden, as well as regulated utilities in a time when families are staying home and turning up the heat as Canadians ease out of winter.

John Zechner feels ENB’s earnings are relatively safe in an uncertain time, and that the company has done a good job of paying down its debt. The yield is still going, topping 8%.

You can make a similar case for another pipeline player, Pembina. As one of our sharp readers, Elias, noted, Pembina is not an oil stock though many retail investors mistake it as such. That may explain why Enbridge has outperformed Pembina during this pandemic. However, in the past week, Pembina’s stock has been catching up, spiking 12.35% in the five calendar days ending Monday, plus another 2.5% at Tuesday’s open, even as a barrel of WCS flirts with $4.

Ryan Bushell thinks that divvy is safe, given all his confidence in its managers. However, Brett Girard issues a general warning of the current oil glut: at some point, storage will be full, so then what? And what if some of these oil producers go belly-up? Will bankruptcy court recover all that lost revenues for the pipelines?

If fossil fuels turn you off, a cleaner yet profitable alternative is green energy. Like MTY to QSR, Boralex is rarely uttered in the same breath as Northland Power and Algonquin Power, but year-to-date, this Quebec-based wind and water generator has outperformed its peers and the TSX. Long-term contracts guarantee revenues and energy demand is certainly there as families stay home.

Analyst Varun Anand applauds BLX for its ESG score, but also its pipeline (pardon the pun) of projects in France. He also looks forward to the company’s explorations into solar energy in New York state and battery technology. Boralex’s YOY revenue growth stands at 20%, and BLX boasts a five-year total return of 110%. Before the pandemic, some analysts criticized BLX for its high valuation. Today, one of the few knocks is that Boralex pays only a 2.3% dividend while peers like Northland shell out 4.16%.

Disclosure: I own shares of Boralex.