FedEx hammered and SNC relieved on a flat day

After a streak of recent highs driven by the U.S. and China agreeing to a trade deal, markets in New York and Toronto closed modestly up or down on Wednesday, though they continued to flirt with all-time highs and despite shrugged off impeachment fears for Trump.

Notable U.S. gainers included Facebook, which rallied over 2% to stay above $200. In contrast, FedEx was pounded down 10% after delivering a brutal earnings report, missing their top and bottom lines, and issuing guidance based on “significant challenges.” By their own reckoning, FedEx will take a few quarters to right its course.

On the TSX, a surprise gainer Wednesday was SNC-Lavalin, which leapt 19% after the Montreal-based infrastructure company pled guilty to fraud, agreed to pay C$280 million over five years and accepted a probation order lasting three years. This ends a long, ugly scandal that dragged the federal Liberals into disrepute. Despite Wednesday’s gains, however, SNC remains down 38% for the year. On a happier note, another infrastructure firm, Aecon, jumped 3% after closing three contracts worth $690 million in B.C., Alberta and Ontario. 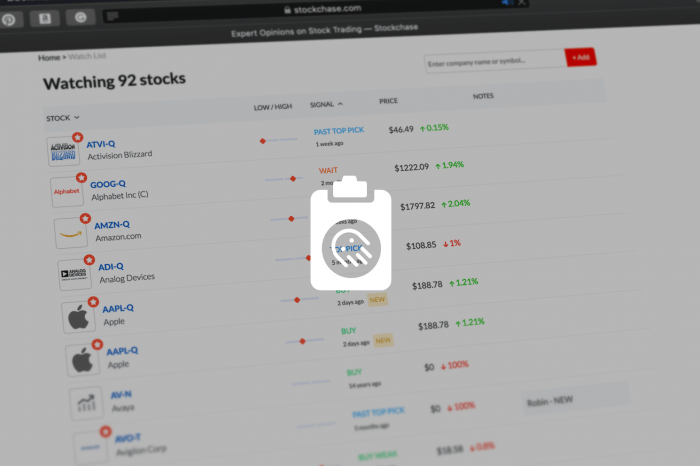 How to Pick Stocks Using Stockchase