3 ETFs to Buy for the Fall 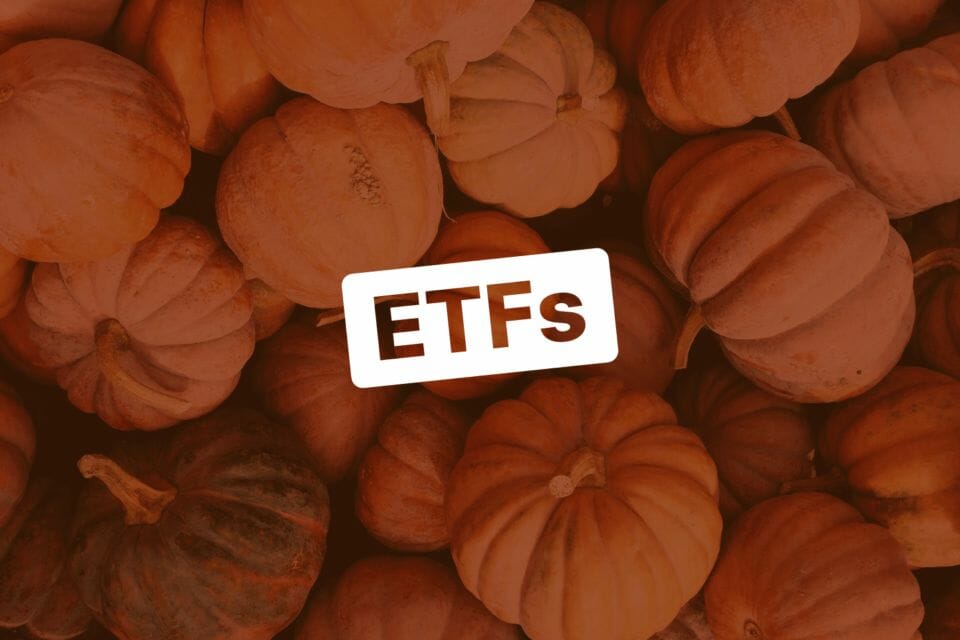 The last 18 months have been a stock-picker’s paradise. Just ask shareholders of Microsoft or AMC. However, ETFs still serve a purpose if an investor doesn’t know much tech or bank stock to own. ETFs remove that worry and provide returns to soften volatile swings, though investors pay an MER for that and underperform any break-out stock held within that ETF. Conversely, investors are protected when an individual stock tanks. As we enter a traditionally volatile time of the year, here are some ETFs to buy to cushion the rocky ride and pay you decent returns in the long run.

Canadian banks have been on a tear this year after going nowhere in 2020. The cascade of defaulted mortgages during the early waves of Covid never happened, thankfully, so the big banks have reclaimed those loan loss provisions which are now reflected in recent quarterly reports. For example, the country’s biggest bank, Royal, has rallied 26% so far this year. Of course net interest margins are the lifeblood of lending institutions, so bank stocks flatten along with the yield curve, but climb as that curve rises. The U.S. Fed’s Jay Powell is adamant that he won’t do anything for a while (meaning this calendar year), but even a whiff of an intent to raise rates will push bank stocks up. Then, there’s OFSI, Canada’s bank regulator who are expected to allow banks to buy back shares and raise dividends after the Covid freeze. This is likelier to happen than a rate hike this year.

In other words, Canadian banks remain a safe bet, despite their run-up. Banks pay safe, hefty dividends (i.e. TD pays 3.79%) and enjoy an oligopoly. In other words, they’re a private club that doesn’t allow new members, unlike in the U.S. where real competition flourishes. I’m not saying that’s fair and I agree with the majority of Canadians who curse the banks for charging high fees on everything while offering lousy service in return. To paraphrase The Commitments, Canadian banks are bastards, but if you own them, they’re your bastards.

So, which bank to own? Royal and TD are the go-to for many, but some will be surprised to find that BNS pays the highest dividend at 4.46% or that National Bank has outperformed the others this year, popping nearly 38% while TD has been languishing around 12%. Meanwhile ZEB stock has returned investments precisely in the middle at 25%. This ETF pays a 3.27% dividend yield, which is in line with the banks its holds. It charges an MER of 0.6% which is a tad high, though its sister ETF, ZWB (Canadian banks with a covered call) charges 0.72%.

As its name states, ZEB holds the big six banks in equal measure, so you don’t have to worry about which bank will outrun the others in the coming year. To quote Bob Dylan, the first one now will later be last (and vice versa). The biggest virtue of this ETF is its equal weighting, and makes this a better choice as an ETF to buy than, say, RBNK-T, which favours certain banks over others.

Say what you will about oil and global warming (which is valid), but the price of crude is gushing this year from pent-up demand whih was unleashed by reopenings. Disclosure: I don’t care for commodities, because whether it’s lumber, steel or oil, these are price-takers, not price-makers. Somebody else controls the pricing which in this case is the OPEC cartel headed by the Saudis. However, it’s impossible to ignore oil’s rally which could extend into the fall. After all, cross-border travel still needs to bounce back, which is being held back by the wild card of the Delta variant.

Given the massive number of oil companies, a single ETF comes in handy. I was going to recommend the Oil Services Vaneck ETF, but their website makes it impossible for a Canadian to navigate. This is no trivial matter, since an investor must research before s/he buys a stock. Instead, I’m opting for XOP stock on the Nasdaq. Performance is in line with Occidental Petroleum, up 47% for the year, compared to XOP’s 41%. XOP charges a low MER of 0.35% and pays a yield of 1.43%. For comparison, OXY pays only 0.16%. Its biggest holdings are Callon Petroleum, SM Energy, Occidental and Diamondback Energy. Average daily volumes are 7.49 million shares, so the only source of volatility is the price of crude itself. As for where that’s headed is anyone’s guess.

If oil repulses you, then consider the green energy sector. When Joe Biden took the White House last November, shares of solar, wind and water energy stocks skyrocketed, but have since tumbled back to more reasonable multiples. There are scores of green stocks around the world and they differ in the kind(s) of energy they generate. ICLN stock is the granddaddy of eco-energy ETFs, established in 2008, trading 3.8 million shares daily, and holding more than US$6 billion in assets of companies around the world. American companies make up only a third of their portfolio. It charges an MER of 0.46% and pays a dividend yield of 0.74%. The biggest holdings are Denmark’s Veritas Wind Systems (which went parabolic after Biden’s election), Orsted (also Danish), Enphase and NextEra Energy. So, ICLN is geographically diverse to spread the risk and it includes strong performers.

Trading on the Nasdaq, ICLN soared 140% last year, but has slipped 17% this year along with the sector. The short-lived bubble burst, but solar power continues to grow 8% annually and now makes up 25% of the energy sector. The US$1.2 trillion American infrastructure package earmarks cash for green energy investment. The future of ICLN stock looks green.

Markets inch down on a quiet Tuesday