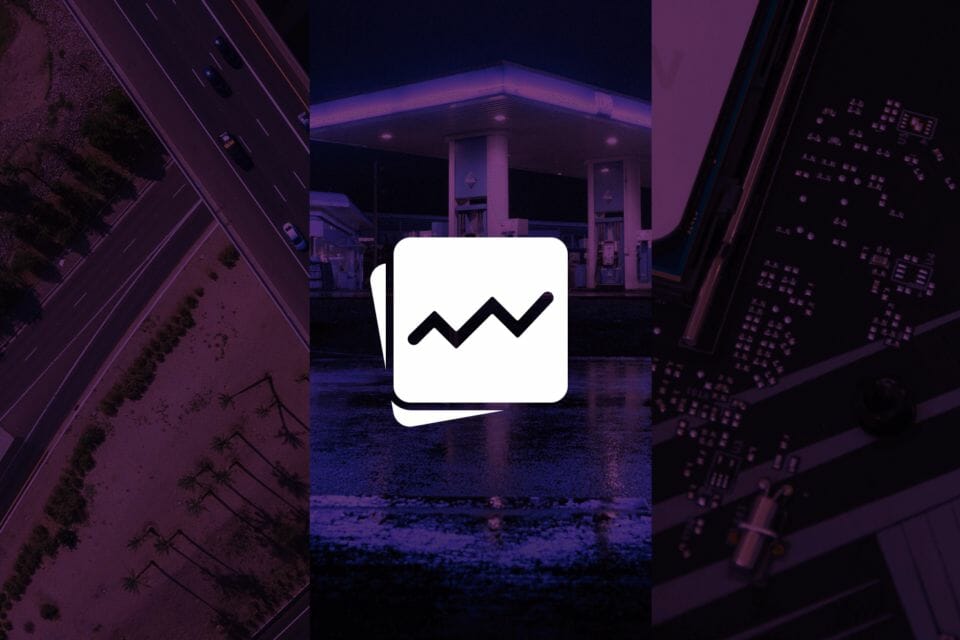 This week, we look ahead to 2022, a year that will see higher interest rates, the final chapter of Covid, but also lower gains in the stock market than the past two years. More on these projections later this month. For now, let’s look at some candidates of growth stocks for 2022.

This alliterative American company is the number-one supplier of construction materials. We’re talking gravel, asphalt, ready-mixed concrete and crushed stone, the guts of homes and non-residential buildings across the U.S. This isn’t an easy industry for new companies to enter, so MLM is protected by a moat of sorts while it will benefit from new infrastructure spending. After a lot of haggling, Washington passed the $1.2 trillion infrastructure bill a month ago, with just under half of that money earmarked to areas including bridges and roads. (All figures here are USD.)

In early November, MLM reported adjusted EPS of $4.25. That was lower than the $4.71 reported a year earlier, mostly because energy costs have ticked up. No surprise there. Still looking year-over-year, revenues rose 17.3%, including ready-mixed concrete revenues popping 26%, and the asphalt and paving business leaping 50.9% to $195.9 million. Meanwhile, gross margin came in at 28.4%, slightly down YOY but not much, as adjusted EBITDA dipped 2.3%. Overall, it was a decent quarter, though not a grand slam. The company’s forecast was sunnier, though. MLM increased its projections for total aggregate shipping to climb 4.5-6.5% (from 3-5%) and total pricing to rise 2-3%.

Because shares have moved up and Wall Street targets $464.71, barely 6% higher than current levels, investors can enter with a partial position now and add during market choppiness. While markets are starting to come to terms with the Omicron variant, nobody knows where Fed tapering and interest rates are going, which will trigger volatility and times to buy.

This one’s gotten interesting. Canadian investors are familiar with this global chain of gas stations and convenience stores. ATD grows by buying smaller operations, and investors have come to expect that.

On the bullish side, ATD has gotten rid of its two class of shares. It trades at less than 16x earnings. It has beaten or met three of its last four quarters. (It narrowly missed its last one.) The balance sheet is robust and the company keeps buying back shares. And though it pays only a 0.9% dividend yield, its ultra-low 10.59% payout ratio makes that safe and that divvy is expected to grow. As reported on Nov. 23, revenues jumped 33.5% over the past year, though same-store sales grew at only 1.4% in the States. In other words, ATD is a growth stocks for 2022 but with a long track record of growth pre-pandemic.

Now, the bears ask, When is their next acquisition? Who will pay for wage increases? How will they cover labour shortages? All are fair questions in today’s economy. Also, aren’t electric cars taking over the world? The answer is that Alimentation is already on top of EV’s, as it has been testing e-charging at its Circle K locations in Norway for about four years. Quebec and California are next.

So, is Alimentation a buy? If you’re long, then yes, though you may have to sit on this over a winter of discontent if those bearish predictions play out, but the road looks bright and long in 2022 for ATD. Another acquisition is inevitable, and people are hungry to travel, as seen in domestic travel numbers around the world.

The Wall Street Journal just reported that ETF inflows topped US$1 trillion (with a T) for the first time. While ETF’s perform less than the top stocks, they also don’t plunge as far during volatility. They let you sleep at night. They also solve the problem of which stock to buy in a particular industry or country. I confess that I don’t know which semiconductor stock to buy, though this sector has been raging for months.

There are a few semis ETF on the market, but I like XSD for its low 0.35% MER, and for holding heavy-hitters like the unbiquitous AMD, NVIDIA and Xilinx. XSD’s holding are also near equal weighting which gives investors more cushion in this lucrative, but volatile space. Daily volumes average 90,000, which is not super, but good enough, but forget about the dividend yield which pays only 0.14%. XSD holds tech stocks, after all.