Battle of the 2 Streaming Stocks: Netflix vs. Spotify 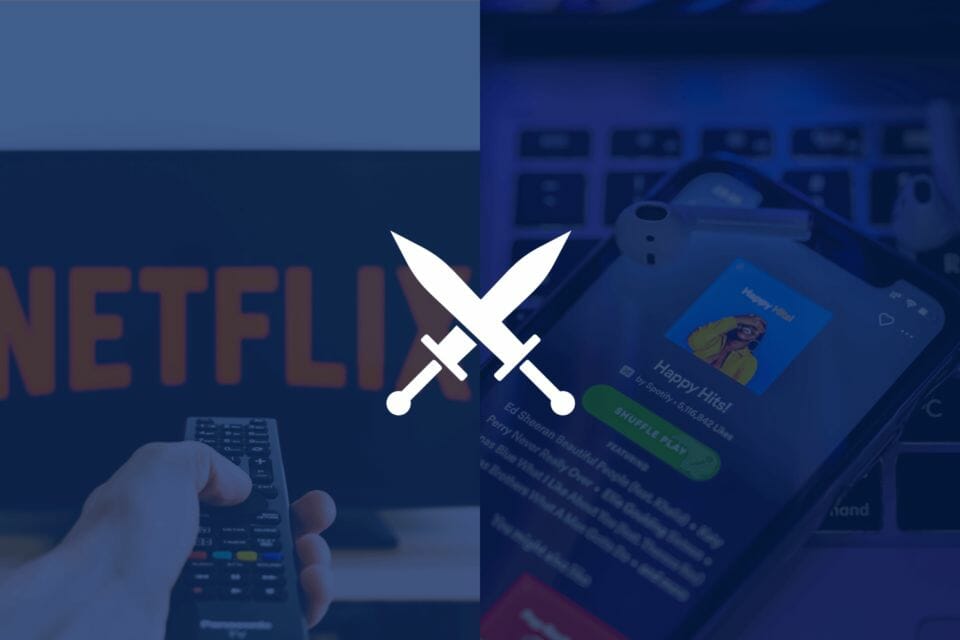 On Monday this week, Citi upgraded streaming stocks Netflix and Spotify to buys. They got half the call correct. One streamer dominates film and TV, the other music. Both have slid in the current tech sell-off in the face of rising interest rates. However, only one of these companies is worth buying the dip.

. More accurately, Spotify yanked Neil off its service after the Toronto-born musician threatened to withdraw his entire catalogue unless Spotify removed either him or a popular talk show which showcases guests who utter lies about the futility of vaccines to fight Covid. (Host Joe Rogan has since apologized and promised to do better.) Any rational person who believes in science will agree with Neil Young that such propaganda will harm, perhaps kill, people.

So, what did Spotify do? Spotify kept the host and cut Neil. Then, Joni Mitchell withdrew all her music over the weekend. Will other musicians follow? Regardless, the story hit even the business networks and websites.

The controversy adds to the pile of complaints that Spotify chronically underpays the musicians it streams. The New York Times concludes that a singer or band can’t earn a living through the streamer. What does 1,000,000 streams make? $4,000, or less than half a penny per stream. No less than Paul McCartney, Sting and Kate Bush have signed a letter asking U.K. Prime Minister Boris Johnson to reform the streaming economy (targeting not only Spotify).

The streamers account for 83% of recorded music revenues in the U.S. and given Covid of the past two years, streaming has been the only income to feed musicians. On ethical and ESG grounds, Spotify is a resounding failure. But you may ask, Do these boycotts matter to the bottom line?

Well, they haven’t help. On Friday, when the Neil controversy erupted, Spotify closed at $172.98, after making a new 52-week low of $164.41 earlier that session, or down 45% for the past year (compared to the Nasdaq gaining more than 2%). Keep in mind that Friday saw a rebound in tech stocks as SPOT stock tumbled.

One can say that Spotify has bottomed and can only climb higher. Gains on Monday morning as I write this suggest this, but what won’t change for the foreseeable future is Spotify’s unprofitability. EPS stands at $-0.71 while EPS growth lags the industry. It trades at an astonishing -273x PE and carries a -1.31% profit margin. Forget cash flow and dividends. ROI and ROE are -3.42% and -5.42%. Spotify’s track record in earnings in the past four quarters is a spotty two beats and two misses. So, what’s there to like about this streaming stock?

SPOT stock will likely bounce from its Friday lows, but so will almost every tech stock. A trader could make a few bucks off SPOT, but for an investor going long, there are many better opportunities out there, starting with the FAANGs, Tesla, Microsoft, even high-beta names like Tesla and Shopify.

Why buy a company that loses money and cheats suppliers (musicians)?

The streamer’s shares tanked after the company released these Q4 numbers on January 20: revenues of $7.71 billion, in line with estimates, EPS of $1.33, easily beating the street’s $0.82. However, the company projected adding 2.5 million subscribers in the first quarter of 2022 compared to 3.98 million added in Q1 2021 and the 6.93 million that the street had expected. For this, investors punished Netflix

For starters, remember that the world was in lockdown in 2020 and early 2021 until most of the population got vaccinated. That explains the 3.98 million bump in subs in early 2021. Also, one can argue that the street itself is to blame for having unrealistic expectations.

Here lies enormous growth potential for Netflix. After all, Asia has been pumping out hit content with South Korea’s The Squid Game being the most popular series of all time on Netflix. For this reason alone, sellers are missing the big picture about this streaming stock and missing a buying opportunity now. CEO Reed Hastings certainly is–he just bought 20 million shares.