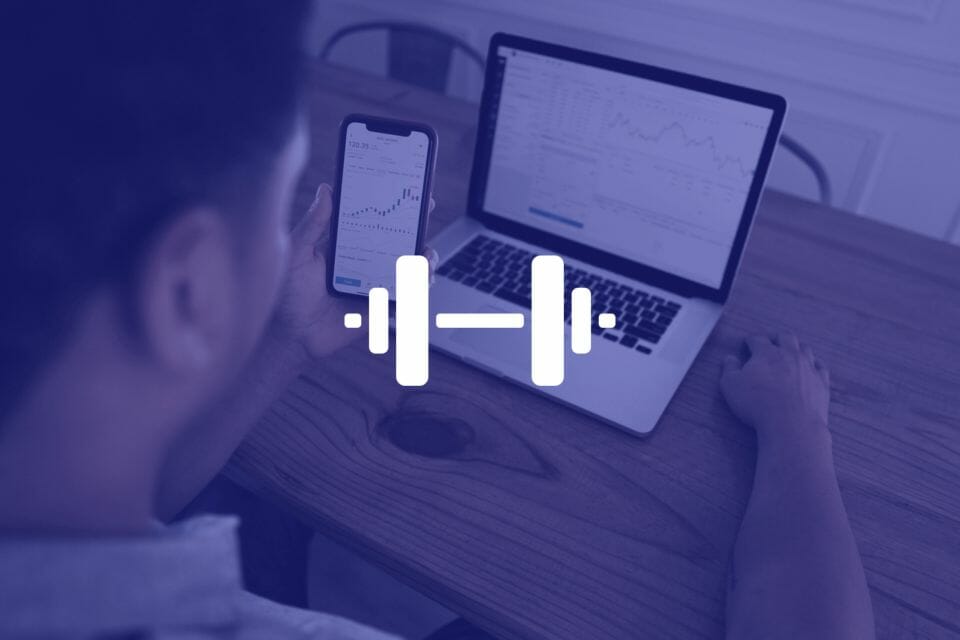 This week we’re working out with the barbell investing approach, picking a tech stock, a cyclical and an ETF play. Markets have been swinging like a pendulum between big tech names and cyclicals. There’s little middle ground against a backdrop of rising inflation pushing up the likelihood of higher interest rates.

As I write, the U.S. 10-year yield is climbing north of 1.6% after snoozing over the summer, and it’s likely to keep climbing. This movement will pressure tech names, but instead of backing out, it could be a good idea to add more shares because they will pay off in the long term. Conversely, cyclicals will benefit from rising rates.

I’m still long in this name and still believe in it. The gains since mid-June may not look impressive, but consider that since Adobe‘s Sept. 16 peak, shares have tumbled over 12%. The company enjoyed a top and bottom line Q3 beat where revenues jumped 3.9% to a record $3.94 billion. Subscription revenues popped 24%, product jumped 7.3%, though services and other businesses slipped 5.4%, but its CEO warned of seasonal weakness which sent shares tumbling 4% immediately. At the same time, the macro headwind of spiking inflation and rising interest rates hit all tech stocks, which has hit Adobe with a one-two punch.

If you’re long term, then pick the Adobe Stock as it trades below $600. The fundamentals remain not only sound, but strong. Adobe’s business is software by subscription and the cloud, and these will continue to steadily grow. The street agrees with 17 buys, three holds and a $721.83 price target over 25% higher than current shares. Earnings, cash flow, gross/operating/profit margins, ROE and ROI easily beat the sector. ROI, for example, stands at 31.36%, three times more than its collective peers. Though lower than those competitors, Adobe’s PE of 47.7x may give some investors pause. However, this can be forgiven based on the company’s enduring growth.

Why buy ETFs when you can buy the biggest producer of ETFs? BLK is the biggest investment firm on the planet with $9 trillion of assets (with a T) under its belt.It pays nearly a 10% dividend, which gives me pause. By the time you read this, the company will have released its latest quarter.

The Blackrock stock fundamentals outperform its peers: earnings and cash flow are double or triple. The PE of 24.1x, though not exactly cheap, is better than the sector’s 56.5x. Its gross margin stands at 82.46% and profit margin at a healthy 33.64%. Returns, however, lag, at merely a 3.75% ROI and 16% in ROE. BLK’s 1.96% dividend yield is in-line with peers and is safe at a 43% payout ratio. The street targets just under $1,000 for this name, or 18% higher than current trades, based on eight buys and one hold. BLK is not a trading stock, but a long-term hold, if you can afford the shares.

With lockdowns thankfully in the rear-view mirror, cars have returned to roads with a vengeance. Those gun shy about taking public transit will drive. That’s the macro tailwind. The macro headwind is that this venerable Canadian maker of car parts is facing a shortage of computer chips. Not only Magna, but the entire sector and several others are being hit, a malady that realistically won’t end until Q1 or Q2 in 2022. Offsetting this short-term hurdle is Magna investing $70 million in a new Michigan plant to manufacture parts for the red-hot EV business, and partnering with an Israeli start-up. It already has deals with companies in Austria, China and South Korean in the EV sector. Smart. Magna is investing the future. Meanwhile, rumours persist that Apple will partner with Magna to produce self-driving cars.

The street has maintained its outlook on the Magna stock, though Barclay’s recently downgraded its price target from $110 to $87. However, the overall PT is $124.72 or 20.5% higher, based on seven buys and three holds. The overhang of supply chain constraints will limit price movement. That said, company fundamentals remain strong and outperform its peers in earnings, and cash flow, while are in-line with the sector in PE, gross and profit margins and outpacing in ROI and ROE (20% vs. 18.1%). Meanwhile, the 2.13% dividend yield is safe based on a payout ratio of 23%. The caveat remains that chip shortage, so the share price may be flat for some months. If you’re patient, though, Magna will pay off.

Stocks and yield edge down