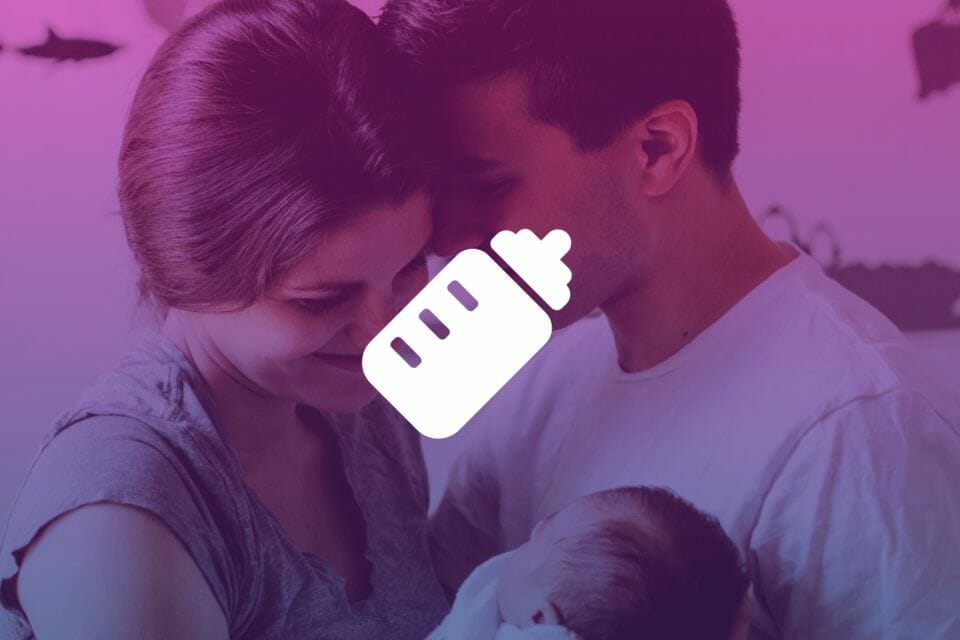 Last week, the Bank of America announced that a millennial baby boom could start this year, with the seeds planted during 2020’s lockdown. Confirming this trend is Nielsen, which states that sales of pregnancy tests have jumped 13% year-over-year since June 2020. Consider that between 2016 and 2019, the increase was only 2%.

Investors should also be aware that millennials, aged 25-40, now outnumber the baby boomers in the U.S. Of course, having kids means settling down, changing diapers and buying homes. What baby boom stocks—Canadian as well as American—will benefit from this new wave?

Families, not singles or couples, shop at Costco, making it a great baby boom stock. After all, the chain is built on memberships and customers buying in bulk, namely food and home essentials. As everyone knows, Costco thrived during the lockdown because it was deemed an essential service and allowed to remain open. Demand will continue for the staples the chain sells, and the baby booms will add more velocity to Costco’s revenues. Year-to-date, Costco stock is up 37%, outpacing the tech-heavy Nasdaq by 14 percentage points. Last September, the company announced revenue and earnings beats. During the September swoon, Costco stock shed less than 5% and has since resumed its climb.

The two obstacles that every retailer in the land faces are supply shortages and rising wages. Costco is efficient and resourceful and can dance around shortages, however, rising wages are a reality. Could stock fatigue lie ahead as its PE nears 50x or will this stock keep chugging along? Keep an eye on their next quarterly report on December 9. Those with a higher risk appetite could take a partial position now and see what happens, perhaps add more on a weak market day.

Costco sells consumer staples, like food, while Best Buy sells stuff we don’t absolutely need, but every homeowner craves. We’re talking big-ass flat-screen TV’s, videogame consoles, surround sound systems and computers. Sure, Costco faces rising wages like all retailers, but like Costco, Best Buy has prepared for supply chain disruption. Costco has also invested heavily in its e-commerce channel (buying online or picking up from a store is convenient), and the chain was also a lockdown winner as people stayed home to watch TV and/or play videogames, two activities that children adore. The chain offers a membership club to offer servicing in home or the office, which ensures a stream of revenues.

Like Costco, Best Buy is currently trading at its 52-week high, which is $136.75, but BB stock’s PE is only 13.55x. In fact, Best Buy’s PE has fallen from 18.14x of a year ago. Shares have rallied nearly 33% this year, and we’re heading into Black Friday/Christmas/Boxing Day season when a 60” flat-screen sits atop many a gift list. I’ve recommended Best Buy before and will again, preferring it slightly to Costco whose valuation makes me nervous. Further, Best Buy is more prone to a pullback than Costco. After all, six weeks ago, shares dropped to $105, so consider this a pullback candidate of at least 5%. Problem is, earnings will be announced on Nov. 23 and shares could very well pop. Best Buy has matched or beaten its last four quarters, and it’s likely it’ll extend their streak to five. Perhaps buy one tranche now and see what happens.

Americans have Dollar General, which one analyst recommended last week as a baby boom stock, while Canadians patronize Dollarama. Of the three stocks examined here, DOL capitalized on the lockdown the most, selling essential everyday items like kitchen utensils and soaps, at a low price when millions were out of work and did not know if they had a job to return to. With the lockdown over and all stores open, there’s much more choice for consumers and therefore far more competition for Dollarama. This reality is reflected in Dollarama’s chart.

Since the Canadian economy began to reopen last spring, DOL-T shares have been stuck between $53 and $60. Currently, shares trade two dollars below the 52-week high of $60.87. Moreover, in the past year, DOL’s PE has climbed from 26.52x to its current 30.58x. Meanwhile, DOL shares have risen 12% this year, lagging by half the TSX’s 24%.

What are the catalysts to raise the share price? I can’t think of any. Meanwhile, Dollarama is vulnerable to supply shortages and rising wages, though it claims that its diversity of vendors reduces this impact. You could argue that as inflation continues to spike, consumers will spend more at Dollarama, but how many items still cost a loonie at Dollarama? If you’re starting up a family, you can buy baby powder and soap at Costco in bulk, perhaps at a lower cost-per-unit and have your choice of a quality, reputable brand, unlike the generics Dollarama sells.

One final point: The last time Dollarama was trading at these levels was the first day of 2018. It took a pandemic to push shares back to its former high. Will DOL stock climb higher? I don’t see it. Dollarama is a hold, if you already own, but a pass if you do not.

Stocks up, cryptos down