The Battle for Rogers and 4 Other Telecom Stocks to Consider 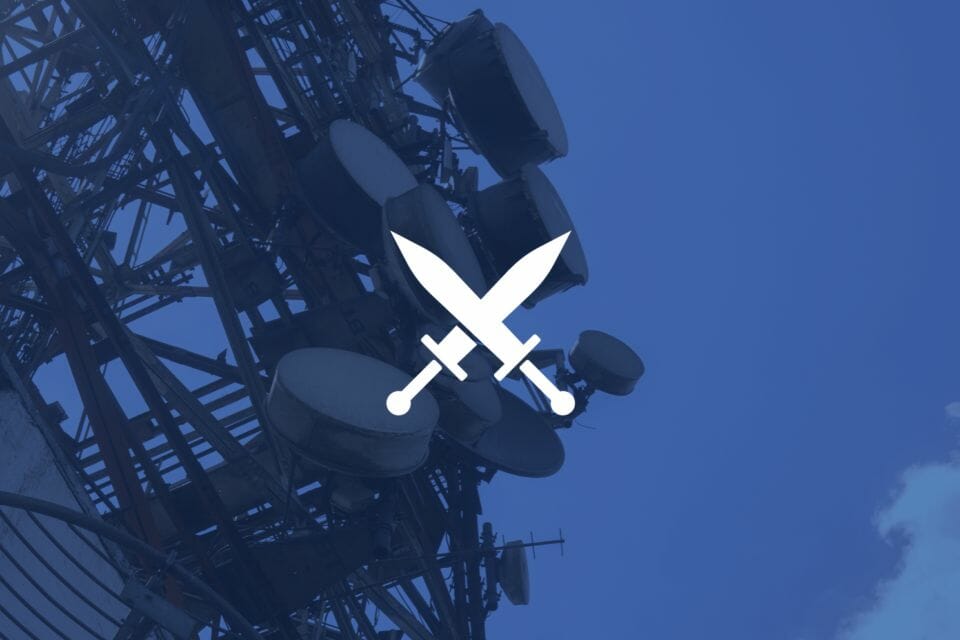 Canadian telecom stock and banks are no-brain investments. Both industries are protected by law to operate as oligopolies which prevents serious newcomers from competing. This allows these companies to overcharge consumers in cell phone and bank fees, while paying shareholders safe, reliable dividends of 4%. Volatility is minimal, though share prices climb gradually over time. In other words, telcos are as safe an investment as you can make in the capricious world of stocks.

Not anymore. A nasty battle has erupted in the executive suites at Rogers, which is destabilizing the company and making investors nervous. This comes on the cusp of the long-awaited roll-out of 5G that will revolutionize phones, data and the internet. This week we look at the normally sleepy Canadian telecom stock.

What would old man Ted say? Ted built started with a radio station and built a telecom giant before he passed away in 2008. Since then, Rogers stock has lagged rivals BCE and Telus by a country mile, rising 64% vs. BCE’s 151% and Telus‘ 199%. Shares sagged further after Rogers announced last March it will take over Shaw Communications for $26 billion. Then, last month Ted’s son and company chairman Edward tried to oust CEO Joe Natale, but his own mother and two sisters blocked the move. Last Monday, Edward publicly said, “There is room for improvement…It’s disappointing the focus of others has strayed from what is best for the business.” That report had just hit the street when last Thursday evening, the Rogers board ousted chairman Edward, though he’ll remain on the board, while Natale will stay in the CEO role. Not only that, but Edward hatched a plan to replace five members of the board with five folks he’d choose. Friday night, the company kiboshed that idea.

Then, over the weekend, the Globe & Mail reported that Natale and his 11-member executive team will walk if Rogers. Meanwhile, Martha hammered her brother, Edward and “his Old Guard puppet masters” in a barrage of tweets. In the latest twist (as of this writing), Edward is taking his fight to court to ensure that he can appoint the 14-member board. Shares tanked 5.8% Monday, the worst performance since Covid hit in March 2020. On Tuesday, three analysts downgraded the stock, with roughly a third of the street now calling Rogers a hold.

Let’s remember that Edward chairs the Rogers Control Trust, which controls most of the voting shares in Rogers Communications. (He also chairs the Toronto Blue Jays and sits on the board of the Leafs, Raptors and FC.) Some say that the Rogers board feels that Edward doesn’t trust his CEO’s, which is possible since three have held that job since Ted passed, yet none have lasted longer than five years.

Sure, every family has its soap opera, but few have shareholders invested in it. This family feud is making Bay Street nervous and the rhetoric in the past few days isn’t calming anyone. Recently, BMO Capital Markets lowered its price target on RCI.B stock stock from $72 to $68, citing a “longer-term concern” in the C-suite. This despite the company’s latest earnings, released last week amid the feud, were in-line, though revenues just barely missed. On the positive side, the company added 175,000 net new postpaid wireless subscribers, easily beating estimates. Plus, the rate of customer churn (turnover) declined to record lows. Despite that, the share price slipped 1.7% on the day of that report. Also, credit agencies could downgrade Rogers which needs to raise $20 billion to complete the Shaw deal, something that company directors raised in a letter last week.

The street widely believes that Ottawa will greenlight the deal, though it’s possible the federal regulator can nix the deal for being anti-competitive in a country already paying higher phone and internet rates than most of the world.

Bulls argue that stock weakness open a buying opportunity and that RCI.B stock will enjoy a lift in revenue once people start traveling abroad more and pay those high roaming charges. That sounds right, but a bigger shadow falls over Rogers: just who is running the company?

Don’t buy into this weakness. There could be more.

Both Canadian telecom stock are more stable than Rogers,

since neither is run by a family at war. In fact, both are steady, safe and boring. A portfolio needs boring—and income. Telus pays a 4.55% dividend yield and BCE 5.54%. Comparing the two, BCE

It helps that BCE is more diversified, owning TV channels and networks. It also helps that BCE owns the phone lines that all the telecoms use (um, isn’t that a conflict-of-interest?). Tailwinds will be the 5G roll-out and higher roaming charges in the phone businesses once cross-border travel picks up. Both are worth buying and forgetting about, but BCE gets the edge.

Shaw could wind up as collateral damage in the Rogers‘ feud. If you owned shares in March, you would enjoyed seeing them soar on March 15 from $23.90 to $33.85. They’ve since climbed past $37 twice, but in the past two weeks have slipped below $36. Since March 15, Shaw has gained 5.1%, lagging Telus at 6.5% and BCE at 13%. (Rogers is -2.2%.) There’s little catalyst to increase the share price, so the question becomes whether to hold on or sell now. The downturn this month may offer a buying opportunity, but we’re talking a quick trade. Shaw’s fate is now tied to the soap opera at Rogers and hurting shares. Further, there’s a risk that Ottawa will not approve the merger, though the street is confident it will happen. If the deal collapses, SJR.B stocks could tank. Are you willing to take that risk, or will you be cautious and sell?