3 Defensive Stocks to Catch the Rebound 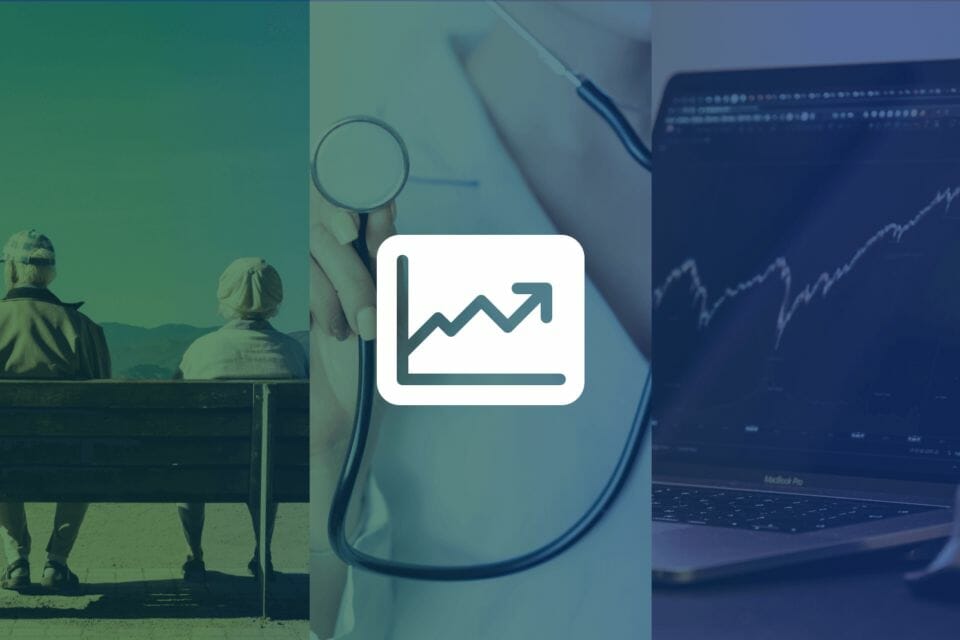 Real estate, health and the TSX are on this week’s menu as we favour defensive stocks, but those that can see a rebound, and bank on the Canadian index. So far, 2023 has been positive as inflation eases and China reopens. Investors are growing confident that central banks will raise rates at a slower pace and pause this year. Some even expect rates to peel back after overshooting. However, others remain cautious and expect markets to retest lows once more.

On Monday, Chartwell announced occupancy rates and projections to more or less remain at 78%, given or take half a point. That’s disappointing, and a hangover from the pandemic when retirement homes across the board were crushed for obvious reasons. Then, last year’s wage inflation raised their costs while climbing interest rates didn’t help CSH’s debt payments. Nor did labour shortages which drove up costs. So, what’s there to like?

shares plunged 33%, over three times more than the overall TSX and more in line with a tech stock. Brutal. However, the sell-off was overdone. Chartwell has raised its rents and interest rate increases are slowing. Renewed immigration will ease the labour shortage (and costs). A new marketing plan will help raise the occupancy rate back to the pre-Covid 90%. Long-term, the aging population will continue to favour this operator of luxury retirement homes and push the occupancy rate up.

CSH stock in the past month has jumped 15% and rallied just under 10% so far in 2023. In contrast, the TSX has risen 5% year-to-date and Sienna Senior Living 8.7%. The dividend of 6.52% is inline with sector, though the payout ratio of 3,231% (you read that right) is twice as high as its peers. For now, Chartwell is riding positive momentum after sliding down too far and too fast last year. You’re buying this defensive stock not for its fundamentals, but as a momentum play. The street remains bullish on the name with five buys and one hold at a price target of $11.33, or 24% higher.

(Disclosure: I own shares of Chartwell.)

American health remains the safest sector where you see great defensive stocks and this long-term performer is steady. Last week, UNH stock beat earnings, fuelled by strong performance from its medical insurance business, double-digit revenue gains from its Optum franchises, and by upholding its full-year forecast. Adjusted profits climbed 19% year-over-year. The company generated $23 billion of free cash flow last year. This marks the fourth-straight quarterly beat for this health stock. UNH pays only a 1.33% dividend yield, but it’s safe while the 24x PE is reasonable.

is a one-stop shop for health in America by operating insurance, pharmacies and clinics. If there is a caveat, it’s that possible UNH stock has enjoyed too much of a run lately. However, since Boxing Day have retraced from $530 to $489. The street has 11 buys and three holds at a $602.64 price target which is 23% higher than now.

Speaking of momentum, the TSX has returned to the 20,000 club after a long absence, and looks poised to inch even higher. While a retest of lows is possible, lower inflation data lately has injected some optimism into the market. China’s reopening should at least maintain the price of crude oil (though repeating last year’s $120-a-barrel snapback is unlikely). For those who don’t wish to pick a stock or a sector, XIU-T comes in handy to capture overall upside.

stock charges only a 0.18% MER but pays a 3.02% dividend yield. Averaging 3,000,000 shares a day, XIU is fairly liquid, over six times more than, say, XIC-T. The biggest holding here is Shopify which has been quietly making a comeback, followed by Royal and TD, the country’s biggest banks. Enbridge, CN, BAM and the other banks are also major holdings and well-regarded by investors. XIU is a cautious trade, one that an investor can enter and exit at a profit.