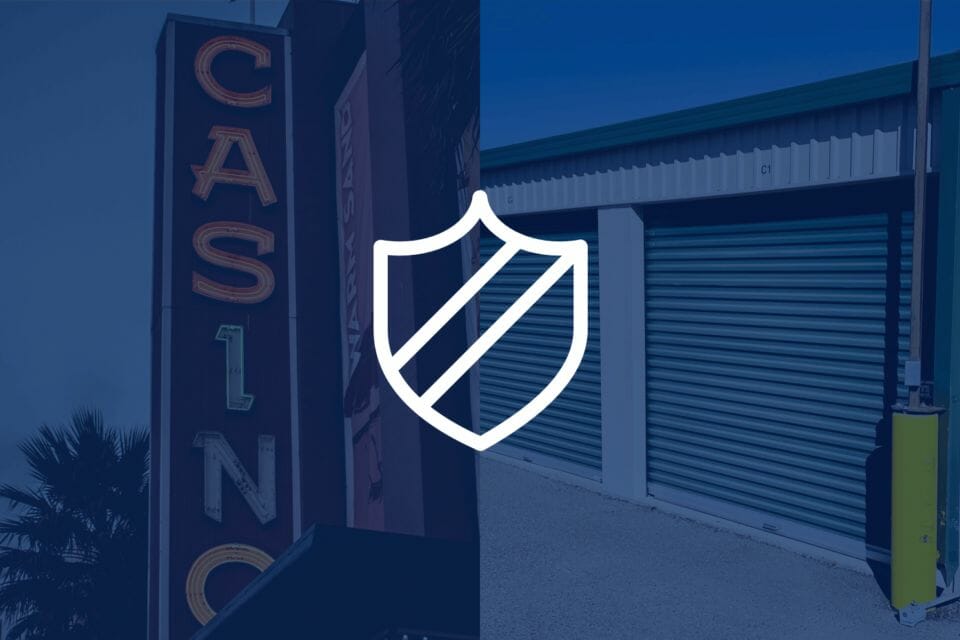 This week we look at gambling stocks (“gaming” is videogames) and something super-safe: storage. Roll the dice with something risky that can pay off well, or hedge your bets on a stock that has fallen out of favour this year, but looks steady for the future.

Gambling stocks are bouncing back after the pandemic, but some face a new obstacle: China’s government. Not only lockdowns, but Macau has been enduring crackdowns by the Beijing government trying to wipe out money laundering at the territory’s casinos. Fair enough, but these measures hurt business and scare away tourists.

Year-to-date, WYNN stock has outpaced competitors with its shares breaking even in 2022 through early December while MGM

stock has sunk 15% and Caesars 46%. Pretty good, right? However, in early November WYNN stock reported a Q3 revenue loss of $1.20 which was much higher than the street’s $1.03 prediction. Why? That Q3 included a two-week closure of their Macau casinos because of an increase in Covid cases. The company’s Las Vegas and Boston operations helped cushion the turbulence, but the coming winter (a period when Covid cases typically rise) looks uncertain. True, Beijing is finally easing some of its draconian restrictions, but China’s government still isn’t administered mRNA vaccines, which have re-opened most of the rest of the world. If this obstacle weren’t in the way, then Wynn would be a definite buy. Instead, WYNN stock is a risky buy at best.

If you still like gambling stocks, then consider MGM which was has only 12% exposure to Macau. It reported Q3 a month ago and admittedly it was mixed. Earnings missed but revenues beat. MGM’s engines of growth were its casinos as well as BetMGM and sports betting. MGM China’s revenues fell 69.7% YOY, mainly due to Covid, however Vegas revenues soared 66.6% YOY, helped by the opening of the Aria and Cosmopolitan resort-casinos. Quarterly revenue grew nearly 30% YOY.

I confess that since last recommending MGM back in early April, MGM stock swooned over the summer and only lately has recovered. Basically, shares have round-tripped in this period. The good news is that in the past month, MGM shares have rallied 11%, outpacing the S&P by roughly 5.5%. What is more exciting are the stock’s prospects. Fingers crossed, but the next three months could be the first winter without lockdowns on this continent, which will ensure that MGM’s operations (ex-Macau) will thrive. Airlines and hotels in the U.S. report consistently strong travel numbers. If Macau enjoys unfettered operations, then even better. ESG and income investors can skip this, since MGM pays a penny dividend (0.03% yield). Consider MGM a buy.

If you don’t want to roll the dice with gambling stocks, then consider something completely different and very safe stock. PSA stock

operates in an overlooked industry: public storage. Compared to Alphabet and Tesla, this industry is a snoozer, but it did gangbusters during the pandemic as people fled cities, moved to the suburbs and needed a place to stash their stuff. More importantly, demand for storage space shows few signs of easing. In fact, 2020 revenues for this California-based company were $2.9 billion and rose to $3.4 billion in 2021. Its customer base numbers roughly 1.8 million. (Nearly 40% of American rent self-storage with the biggest cohort being Gen-Xer’s, 54% of them). Public Storage operates in prime markets, including Los Angeles, Miami, New York and San Francisco.

Its Q2-2022 occupancy clocked in at 95.8%, slightly down from 97% a year before, but same-store revenues jumped 15.9% in that time while net operating income (NOI) climbed 17.8%. PSA benefits by growing in a highly fragmented industry, and is a growth-by-acquisition story. Now, PSA owns about 10% of U.S. storage space. It acquired $5.1 billion in assets in 2021 alone, including 4.2 million square feet from ezStorage (costing $1.8 billion) and 7.5 million square feet from All Storage ($1.5 billion). PSA earmarks up to $1 billion in pick-ups this year.

Helping drive their existing business is their eRental online platform, which allows customers to lease a storage locker online in under six minutes, claims the company, compared to the 45 minutes in traditional face-to-face sign-ups. That contactless transaction was crucial during the pandemic.

PSA stock pays a decent 2.77% dividend yield, safe at a 32.51% payout ratio. and trades at a low 11.81x PE. The beta stands at only 0.39, making it super safe from market volatility. PSA shares have come off because some view it as a pandemic play, but that’s unfair. PSA is highly defensive, which investors need as we enter a weakening economy, and the sector as a whole is due for a comeback. A buy.