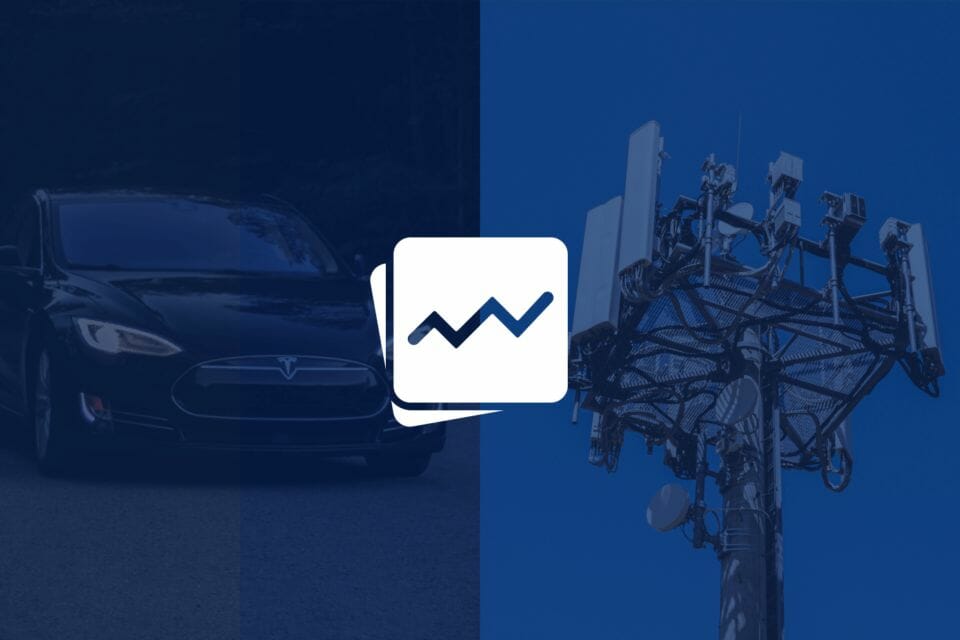 This week we turn to defensive stocks and buy on weakness on Bay and Wall streets. Uncertain markets encourage safety, so we look at two Canadian telcos and one American auto giant that’s investing heavily in the future.

is that American behemoth. GM started the year by committing $6.6 billion in his home state of Michigan to increase electric pick-up truck production and build a new EV battery plant (with LG). The latest announcement is part of an overall $35 billion plan to go electric. GM aims to produce one million EV’s by 2025 as it plans to unseat Tesla as the number-one EV-maker. The company reiterated its ambitions recently at Toronto’s Collision tech conference. GM is playing catch up. Last year, it ranked third in EV production as Tesla remained on top

No doubt, GM’s plans are ambitious, but they have a chance. Investors must remain patient as the company, sector and entire economy weather supply chain shortages, namely semiconductors. However, one macro trend that works in EV’s favour is the high price of gas. There was a glimmer of hope on July 1, when GM announced it had outsold Toyota in Q2 U.S. car sales, despite the shortages. Also that day, GM reiterated that nearly 100,000 of its cars were waiting for parts, namely semis, and which explained the company’s weak Q2 profit forecast. GM remains undaunted, however, that it will still make its 2022 sales targets.

GM stocks trade at a mere 5.28x PE, though their beta is 1.22 and they pays no dividend. Around $32, shares are flirting with 52-week lows, which is an attractive entry point. Bears will point that cars, gas or electric, are a cyclical business, and the economy is slowing down. Fair point. However, the supply chain will ease eventually while demand for EV’s will not diminish. In short, GM stocks have been beaten up so much lately that they’re now looking attractive enough to nibble at. Wall Street has faith at 13 buys, two holds and one sell at a price target of $57.57, nearly 79% higher than the current price.

Canadians hate telcos, but we own their stocks. The telcos overcharge Canadians by charging world-high phone and internet fees, but the lack of competition (as with the banks) guarantees revenues and, in turn, dividends. In a volatile market like today’s, investors needs security as well as income.

pays a fat 4.72% dividend yield at a % payout ratio. It trades at 23x earnings and a mere 0.54 beta. Shares are actually trading at 2022 lows beneath $29, but that’s in line with the overall TSX. Surprisingly, Telus has beat only one of its last four quarters, met two, but missed one. Not exactly a slam dunk.

owned by Bell which owns the phone lines that the internet runs on (though everyone ignores this conflict of interest) pays a 5.82% dividend, trades at 19.6x earnings and at a super-low 0.34 beta. BCE stocks, too, are wallowing around 52-week lows of $63, but the stock has beaten or met all of its last four quarters.

On the surface, BCE is the clear winner, but there are caveats for both. Both PE’s are historically high. For instance, BCE was trading at 14.48x at the end of March 2020 when Covid first hit and markets tanked. Any PE near 20x is hitting decade-long peaks. Telus stock’s PE was actually higher 12 months ago, nearly 30x, but still a long ways from 13.7x when Covid hit in March 2020. Meanwhile, the companies have invested in the 5G networks, which should payoff in the future. Neither stock is a screaming buy, but both are attractive if you want income in a high-inflation economy.

Bay Street has seven buys and three holds on Telus stocks and targets $34.28 or 20% higher. In contrast, there are only two buys and eight holds on BCE stocks with a target of $68.50 or only 8.43% higher. Obviously, the street feels that BCE has run its course this year, while Telus holds more upside. Investors needs to choose whether they value the dividend or price appreciation more.