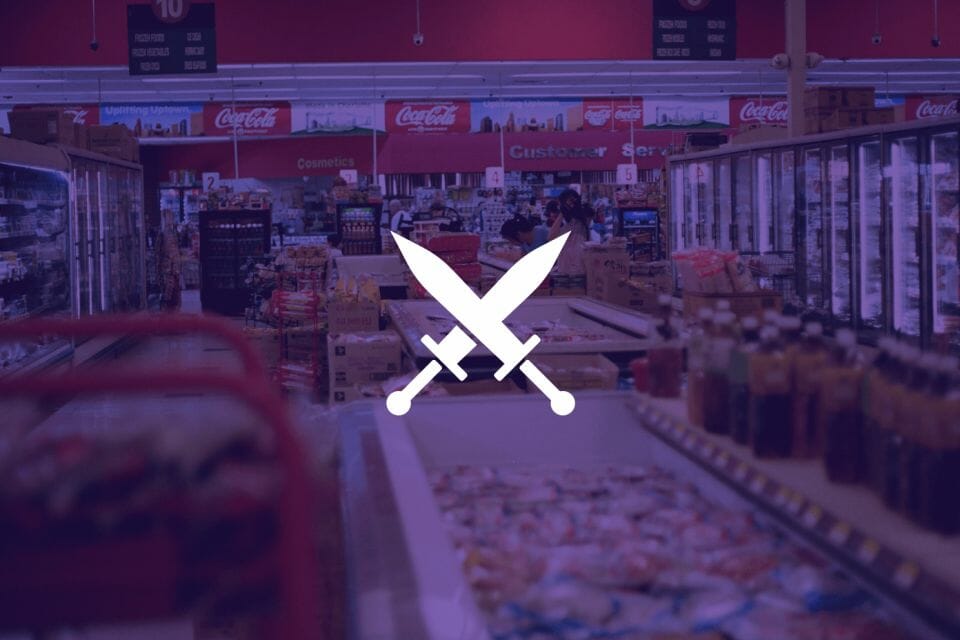 This week we look at how three pairs of consumer staples stocks that have rallied during the pandemic could fare as economies reopen while more and more people get vaccinated? Will these names continue to thrive, or must investors adjusted their expectations in coming quarters?

The big box retailers have remained open during lockdowns (which is unfair to small businesses). However, with warmer weather and an expected sharp uptick in vaccinations, small businesses will reopen and add needed competition to the retail landscape. Secondly, consumer staples stocks (along with tech) have recently fallen out of favour as investors pour their money into cyclicals. These will limit gains of these stocks.

The big box giants are off their highs: Costco stock by 15% and Walmart stock by 14%, but remain solid long term. Costco boasts a loyal customer base that feels relatively safe shopping in stores, which has been spending on safety measures right from the start of the pandemic. These necessary measures drove up costs, but ensured customer spending while all else was closed. Costco sales rose 17% over the year, and e-commerce sales soared 105%. EPS for Costco stock is $9.74, marking an increase of 18.44% over the past year and landing well beyond its peers.

Management was good enough to pay shareholders a special $10 divvy last November, and raise its minimum wage to $16/hour. The latter is wise, because it will reduce costly employee turnover and improve efficiency. Shares trade at a PE of 34x vs. the industry average of 210.8x. The company is cash rich. Costco stock pays a dividend of 2.8% at a low 28% payout ratio while cash flow stands at $13.66 per share, well above the industry’s $8.70.

All in all, it’s a rosy financial picture. Costco’s renown customer loyalty will cushion the impact of wide store reopenings. Wall Street is so confident with COST that it targets 21% upside at an average of $401.57, based on 12 buys and four holds.

However, short term don’t be surprised if current volatility drives down Costco further. COST has already slid 5.75% in the past month. Buy into weakness and hold this for the long run.

Walmart also boasts strong e-commerce. Though its brand loyalty isn’t as celebrated as Costco’s, its Walmart+ loyalty program is already a hit, since launching last September. The street projects 25% upside to $162.47 based on 18 buys, three holds and one sell for Walmart stock. Walmart stock’s PE is actually lower than Costco’s at 27.4x, though its cash flow stands at $8.74 per share. However, Walmart missed its last quarter, and got punished.

Looking ahead, the difference between Walmart and Costco may lie in their fundamental structures: Costco sells cheap stuff in bulk. It attracts a lot of families who drive. Not many businesses operate this way. In contrast, Walmart resembles a general store that anyone can walk into though it also discounts its merch. When economies reopen this spring and summer, Walmart will compete with these small businesses, while the more-protected Costco will enjoy business as usual. In other words, I predict Walmart’s revenues to take a bigger hit than Costco’s. Call Walmart a partial buy.

Which consumer staples stock has performed better in the last 12 months? Answer: Canadian Tire at 27% vs. 22.5%. Actually, DOL stock was outpacing CTC stock until February began.

Both chains benefited from being deemed as essential, but will face long-absent competition later this year and pent-up consumer demand. Canadian Tire boasts a wide range of household goods at decent prices, but consumers will have much more choice in buying that patio set or baseball glove. True, last summer’s partial reopenings didn’t dent the stock price, but the Tire’s website still sucks. Do you know anyone who regularly shops at Canadian Tire online like they do on Amazon or Walmart?

Despite reporting a strong Q4, the Tire recently announced it will shutter its National Sports chain to reduce overlap with its own stores. It’s hard to tell if the stock slid on this news or because of the wider market sell-off. However, CTC.A still holds Mark’s Work Wearhouse and Sportschek which wisely diversifies the overall company.

Credit Canadian Tire for surviving the pandemic, but the eminent consumer staples stock may be as good as it gets for a while. All reports point to consumers permanently shifting to online shopping, which remains CTC.A‘s Achilles heel. Expect another good quarter or two, but it looks murky beyond that, unless serious improvements are made online. The street disagrees with this prognosis and predicts 22% upside to $201.71, based on six buys and one hold. My call: Hold

Dollarama sells cheap stuff and has enjoyed a near-monopoly on selling household goods during these lockdowns. No argument that DOL has done very well. It peaked December 9 at $54.58 November 1, just shy of its all-time high. DOL stock has since peeled back 10%. It continues to enjoy a strong brand in Canada and the ubiquity of its locations. Its last quarter in December reported sales up 14% and earnings 23%, blowing past street expectations. DOL stock is expected to grow 15% this year. Given the winter lockdown, it’s safe to say that DOL stock will report another strong quarter or two. In fact, DOL has beaten three of its last four quarters.

However, few Dollarama items cost $1 anymore and the quality of items (in my opinion) varies. When all shops reopen, consumers will have many more choices to buy goods and this could dampen DOL’s sales. Also, its PE of 26.6x is a little steep. The street targets 25% upside for DOL stock to $60.87, based on four buys and four holds. I see further upside for Dollarama, but feel that target is optimistic in light of reopenings. My call: Partial buy or hold